The Prescott Quad Cities include Prescott, Prescott Valley, Chino Valley, and Dewey-Humboldt. A four-season climate and abundant natural beauty make this “high desert” area a popular tourist destination as well as a wonderful place to put down roots. And indoors or out, the Quad cities offer a wide variety of things to do and see for all ages and life stages. 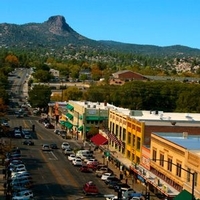 Prescott is truly “Everybody’s Hometown.” With its unique setting and old-West history, Prescott is considered one of the top emerging metropolitan cities. The Yavapai County seat, Prescott was designated as the capital of the Arizona Territory in 1864, replacing the temporary capital at Fort Whipple. The Territorial Capital was moved to Tucson in 1867, but Prescott again became the Territorial Capital in 1877, until Phoenix became the capital in 1889.

Located in the mountains of north central Arizona, surrounded by national forest, and sitting at a mile-high elevation, Prescott has a perfect climate with four distinct but gentle seasons. The charming downtown centers on an old-fashioned town square and historic courthouse, but what surrounds it is anything but old-fashioned: upscale shops and restaurants, art galleries, antique shops, performing arts venues, and much more. Prescott is home to the World’s Oldest Rodeo, Heritage Park Zoological Sanctuary, Prescott College, Yavapai College, Acker Night Musical Showcase, the Folk Arts Fair, Yavapai College Performing Arts Center, Museum of Indigenous People, Prescott Bluegrass Festival, Prescott Jazz Summit, Prescott Center for the Arts, Sharlot Hall Museum, Frontier Days, Territorial Days, and the Phippen Art Museum – just to name a few. Prescott is also proudly billed as “Arizona’s Christmas City,” a designation bestowed upon the city by former Arizona Governor Rose Mofford in 1989. Thousands of visitors and residents alike flock to the downtown center every holiday season – marveling at a community-wide effort that transforms the area into a spectacular display of lights and sounds.

Prescott perfectly suits those with an adventurous, active lifestyle as well. Kayak at Watson Lake, hike, bike, ride horses or ATVs in Prescott National Forest or play sports in one of our many parks or signature golf courses. While Prescott is consistently ranked as one of the best places to retire in the U.S., there are plenty of activities for all ages. We’re also a very dog-friendly community, and those who enjoy “after-hours” will appreciate a very vibrant downtown nightlife, centered on the notorious, historic Whiskey Row.

The geography of the Prescott area is as varied as its melting pot population. From the wide open spaces of Williamson Valley to the Victorian-era charm of historic downtown, from the Granite Dells with its large granite boulder outcroppings to the whispering pines of Copper Basin, Prescott offers a range of unique and spectacular settings for you to choose the home of your dreams. 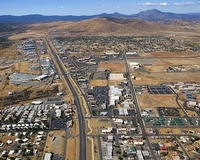 Prescott Valley, the up-and-comer, is a relatively new town which arose from the Arizona dust in 1966, incorporated in 1978 with about 1,500 residents, and since has grown to nearly 40,000 residents, rivaling the nearby 150-year-old Prescott. A family-oriented community, Prescott Valley boasts a downtown Entertainment District with a multiplex cinema, restaurants, and arcades. Strong in economic development, the community continues to attract retailers and restaurants such as Kohl’s, Costco Wholesale, Dick’s Sporting Goods, T.J. Maxx, Ulta, Sprouts, Culver’s, and Buffalo Wild Wings in addition to a host of independently owned and operated food and shopping choices.  Nearby, Prescott Gateway Mall sits on the major thoroughfare between Prescott and Prescott Valley; anchor stores include Dillard’s and JCPenney. The town’s trained workforce and business expansion possibilities are aggressively marketed to private and commercial interests seeking a Northern Arizona presence. Companies such as Lockheed Martin, Ace Hardware Distribution, Superior Industries, Prescott Aerospace, and PrintPak, Inc. are among the largest employers of Quad Cities’ workers.

Many people have chosen to buy homes and relocate to Prescott Valley because of its strong work ethic, solid educational system, family values, great amenities, and a most positive outlook under sunny Arizona skies.

Chino Valley is a rural lifestyle paradise with open spaces, farms, and new subdivisions scattered among single family homes.  Families can enjoy ball fields, skate park, and horseback riding trails.  Wine tastings and live music are held on the weekends at the 100-year-old homestead housing Granite Creek Vineyards.  Shopping, dining, and entertainment are just a few miles away in Prescott or Prescott Valley.  Chino Valley also boasts historic relevance:  It was the first Territorial Capital in Arizona in 1864 when Abraham Lincoln sent troops to guard the western US from Confederate incursion. The Chino Valley name is derived from a Mexican word for the acres of grasses that covered the area.  It is also known for progressive railroads from 1865 to 1925.  After that, the Chino Valley residents embraced farming and ranching. Agriculture, retail, commercial, and economic growth are continuing on with a mixture of small business, service business, and large companies. 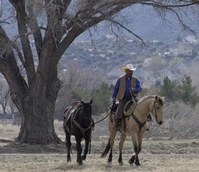 Dewey-Humboldt – Dewey was known for its agriculture and ranching economy; Humboldt was known as a mining town. Now the community is known as Dewey-Humboldt, “Arizona’s Country Town.”  In response to a more recent spearheading drive for incorporation (to allow the new town to have more control over how tax dollars are spent within the town than would be the case if it remained unincorporated), the first town Council was created and elected in the fall of 2005.  The Council is committed to maintaining the rural flavor of the area: residential lot sizes are typically greater than ½ acre, with most areas 1.6 acres or greater.  Residents take pride in their local community, illustrated by the huge participation in the annual Agua Fria/Dewey-Humboldt Days – Arizona’s oldest and longest running festival.  This celebration began in 1907 when trains brought 1,000 guests to help the locals celebrate their town.  The local historical society on Main Street maintains a museum showcasing families, town history, and western values. Mortimer Farms is a popular attraction that draws visitors from across the state and beyond; the 300-acre working farm brings back the rich farming history of the Dewey-Humboldt area by hosting annual Sweet Corn, Strawberry, Blackberry, Garlic and Pumpkin Festivals, Easter Egg Hunts, Santa at the Farm, and Barn Dances...plus featuring a country store and more. 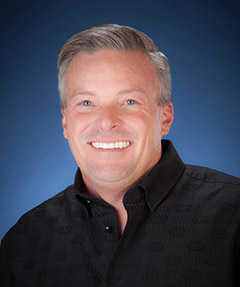 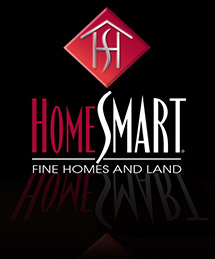